As many as 25 Canadian soldiers, based out of Valcartier, Que., will soon take part in a revamped mission to train security forces in the troubled western African country of Niger.

A handful of the highly-trained soldiers have since 2013 helped train the Niger Armed Forces in marksmanship, reconnaissance and other basic military skills.

National Defence confirms troops from the French-speaking 1st Battalion, Royal 22nd Regiment, will assume that responsibility and carry out "periodic" instruction of local forces from now on.

There will be two deployments per year and each will last between two and three months. The military will not say precisely when the first team will be in the field.
Mission flies below the radar

The intent, according to spokesman Dan Le Bouthillier, is to buttress "regional efforts to counter the influence of violent extremist organizations in the Sahel region of Africa."

Members of the Royal 22nd Regiment, better known as the Van Doos, parade at the Citadel in Quebec City last September. Members of the Van Doos' 1st battalion will head to Niger to train military personnel there. (Jacques Boissinot/Canadian Press)

Unlike other high profile training missions in Iraq and Ukraine, there has been virtually no attention paid to the latest mission.

There has been no formal announcement by National Defence and the news comes after requests for comment by CBC News and the online military publication 45eNord.ca.

The mission is separate, but could be complementary to the Liberal government's long-promised return to United Nations peacekeeping, which has been in a holding pattern.

Walter Dorn, a professor of defence studies at the Royal Military College of Canada, says there is anticipation and some impatience among planners at the UN.

"Countries are eagerly awaiting the government's decision," said Dorn. "They're surprised it has taken this long."
Dithering causes distress

Last summer, the Liberals committed to deploying 600 soldiers and 150 police officers into a series of UN missions, with details expected by the end of last year.

That didn't happen as the election of Donald Trump as U.S. president forced politicians and decision-makers in Canada to take stock of how each policy would be perceived in by the new administration in Washington.

The UN had held open command of the peacekeeping mission in Mali for a Canadian, but that appointment has now gone elsewhere and allies in New York are drumming their fingers.

"The dithering has caused problems with UN planning," said Dorn.

The training of local forces in Niger does not fall within the mandate of the world body because the UN does not conduct counter-terrorism operations.

Le Bouthillier would not say why the switch is being made, other the notion that the military "continually examines and reviews all operations."

A small reconnaissance team visited Niger in the fall of last year and the Quebec-based troops have been preparing for the handover ever since, Le Bouthillier said.

The operation flew almost entirely under the radar since it was first ordered by the former Conservative government, which faced repeated calls from the international community to help beat back Islamic militants, who in 2014 had overrun a large swath of territory in neighbouring Mali. 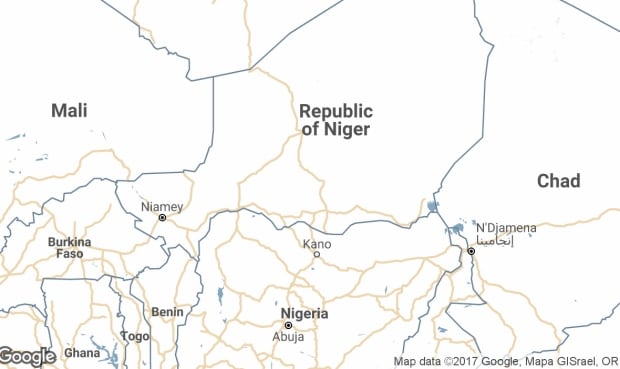 Le Bouthillier said the government of the day determined that special forces, which usually operate in secret, were "best-suited for this type of capacity-building operation."

The mission has also been precarious.

Canadian trainers briefly pulled out of a town in Niger that had been the scene of heavy fighting between government troops and Boko Haram militants in 2015.

No Canadians were involved in combat at Diffa, which sits on the border with Nigeria, but the incident served to underscore the instability in the country.

The deployment is being funded by Global Affairs Canada, which has counter-terrorism capacity building program.
Posted by DMaillet at March 09, 2017