Roofs are being welded onto two giant fuel tanks at the Nanisivik naval facility under construction near Arctic Bay, Nunavut.

The refuelling station will enter the home stretch of construction this summer, with final checks occurring next summer before it becomes operational in the fall of 2018.

"Much of the infrastructure will be near complete within the next month and a half and we expect that commissioning activities, that means our tests and trials, will begin," said Rod Watson, project manager for the facility.

The project budget is $130 million and Watson expects the port to come in on budget and on time for the revised 2018 deadline.
Each of the two fuel tanks is designed to hold 3.75 million litres and a pipeline has been built to run from the tanks directly down to the jetty.

There will be an unheated storage facility and a small office, but the port will only be staffed during the navigable season, which Watson estimates is from the beginning of August until October.

Initially slated for completion in 2015, Watson said they realized the short summer window for construction would delay the project.
Arctic naval facility at Nanisivik completion delayed to 2018

Environmental and geotechnical studies needed to be done before construction could begin and he said the team had difficulty getting the necessary equipment to the northern location. 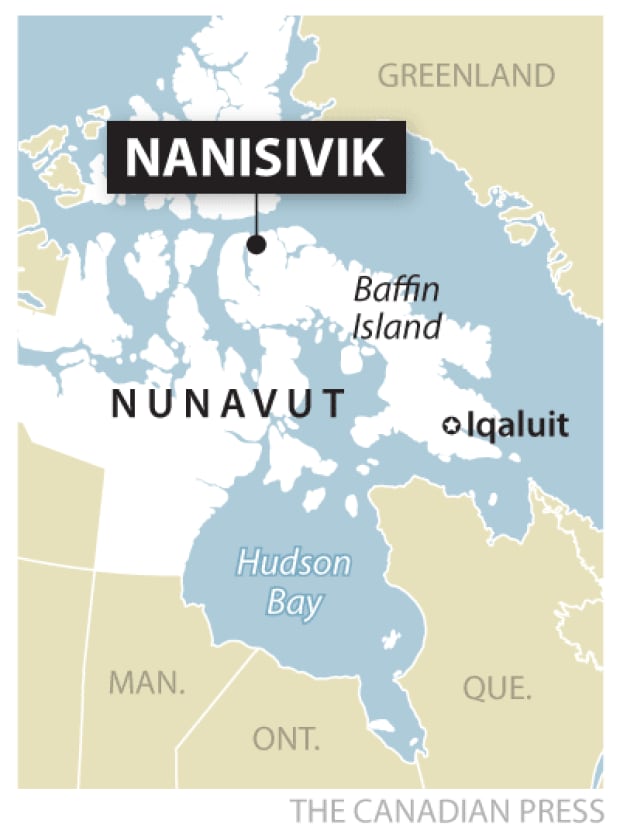 The project was also scaled back from the plans announced in 2007 by Stephen Harper in his "use it or lose it' speech about Arctic sovereignty due to high construction costs.

Now, the facility will be mainly a refueling point for vessels from the Canadian navy and Canadian Coast Guard.

Watson says the coast guard has used this facility for years as it marshalls cargo vessels through Strathcona Sound and he expects they will continue to do so.

The original Nanisivik port was part of a lead and zinc mine that closed in 2002. While the buildings and fuel farm that were there have been removed, the jetty will look much the same.

The construction crew is currently pouring concrete to resurface the area.

Around 60 crew are on-site this summer, 11 of whom are local hires.
"We've worked very hard to make sure people from the community are involved and are hired to work at the site and we expect to continue that as we move from construction into operation," Watson said.

Operational staff will help with the refueling of some of the Arctic patrol vessels that the new liberal defence policy promised to deliver.

The first of which will be delivered in 2018, though that doesn't necessarily mean it will make it north to Nanisivik next year.
Posted by DMaillet at July 12, 2017