Canadian Forces Officer Named one of Canada's 100 most powerful women

By: By Gail Harding, CBC News

It's an award Lt.-Cmdr. Kelly Williamson describes as humbling.

Williamson is a senior public affairs officer with the 5th Canadian Division-Canada's Army in Atlantic Canada and a resident of St. Andrews, N.B. She says she found out in August that she was named to the Top 100 list of Canada's most powerful women, an award created by the Women's Executive Network, but it's still shocking.

"I was so surprised because I knew that I had been nominated by some senior colleagues at DND (Department of National Defence) but I didn't think there'd be any chance I'd be selected to be one of this year's recipients."

Williamson will receive the award in the arts and communication category at an awards gala Thursday evening.

Williamson said she joined the Canadian Armed Forces in 1996 and for the first eight years was an officer on a warship based in Victoria, B.C.

"I learned tons of great leadership skills there. I learned a lot about teamwork there and working under adverse conditions."
Job change

With a passion for communicating and storytelling, Williamson became a public affairs officer.

"Since then it's just been another great adventure."

Those adventures have included being a part of the Canadian Armed Forces disaster response teams that were sent to help the people of Haiti and Nepal after violent earthquakes. She has also been to Afghanistan. 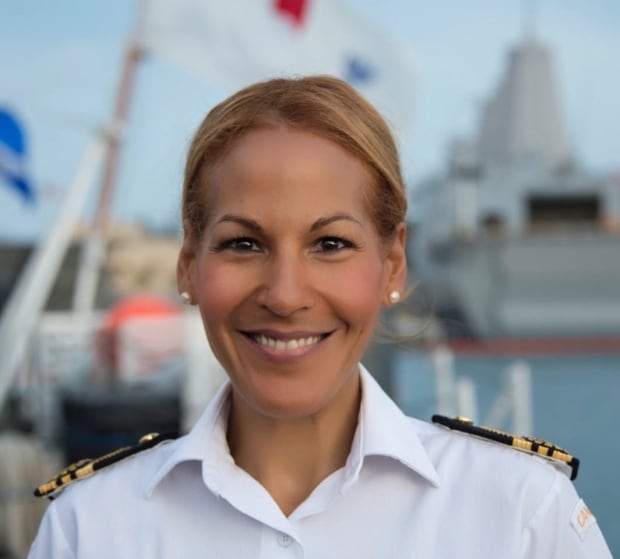 Lt.-Cmdr. Kelly Williamson says being named to the Top 100 list of Canada's most powerful women is humbling. (Submitted)

"All of those experiences have taught me to appreciate what we have in Canada, how to get jobs done under adverse situations. It's really contributed and helped me become a flexible, agile leader," Williamson said.

In her short biography, Williamson said the award empowers her to continue offering mentoring to men and women in the armed forces.

"Mentorship and leadership is a two-way street and we wouldn't be anywhere in the Canadian forces without our soldiers, sailors and airman and airwomen. They are the reason officers and leaders have jobs," she said.

"I think this award sort of brings this home that it's all about caring about those individuals and making sure I'm always living up to that standard and putting them first."
Posted by DMaillet at December 13, 2017