There is new(er) news about Project Resolve. Please be sure to also read: Asterix to Salvage Parts from HMCS Protecteur & Asterix iAOR to be ready by 2017

During election campaign, people expect little more than future promises on Defence issues - but we got news the other day that the Government has signed a letter of intent with Davie Shipbuilding in Levis, Quebec to retrofit a civilian container ship, the Asterix (a 1,702 TEU Boxship).

According to several sources Davie Shipbuilding has purchased the Asterix for around $20 million and will spend upwards of $350 Million on retrofitting it to meet the Royal Canadian Navies requirements.

For this all to take place,the Government was required to change its rules on sole-sourcing defence purchases. Otherwise, multiple firms would have been required to bid for the project, which could have led to further delays.

The Government quietly added a line to the contract back in June 2015, that allows a deal to move forward to a single company, if the requirements are "urgent operational reasons, and fulfills an interim requirement."  This can possibly set a dangerous precedent for future projects or governments, as what defines urgent or interim?

Little is known about the final ownership of the Asterix. It is highly unlikely that the ship will be owned by the Royal Canadian Navy - as it is Davie who reportedly purchased the ship. In all likelihood, Davie will then lease the ship to the Navy on a long-term basis until the planned Queenston-Class AOR vessels are built (The first in late 2020). The estimated cost for the lease - between $65 and $75 Million per year. What will happen to the Asterix after all 3 Queenston AORs are operational? That is another unanswered question - it will most likely continue to operate as a broader part of the Navy, most likely helping out on more humanitarian missions or as a central command ship for larger international deployments. The modified Asterix is expected to be in service for at least the next 20 to 25 years. There are no reports about whether or not Davie will sell the ship to the Navy at the end of the initial lease agreement.

The Royal Canadian Navy currently does not have a supply ship, and temporarily rented a Chilean Supply Ship for exercises on the West Coast, and have leased a Spanish supply ship for the East Coast.  The Asterix will give the RCN supply capability until the Queenston-Class AORs arrive, but will also allow the Navy to maintain a high level of training on supply vessels.

The Asterix is currently capable of carrying 1,702 twenty-foot sea containers. Davie will convert the ship into a Naval Supply Vessel, capable of replenishing other Navy vessels at sea.

The conversion will include, modifying the hull and ballast systems, to be capable of carrying 10,000 liters of spare fuel. A landing pad will be added to the ship, large enough to allow for two Chinook sized helicopters to use it. Although it is more likely that the Cyclones will operate off of the ship. Accompanying the landing pad, will be two hangers for the ships own aircraft be to be stored. Accommodations for up to 350 personnel, including a large medical facility (mobile hospital) and a command center. Unlike the Queenston-Class, no mention of any weapons systems have been added to the design of the Asterix.

Once all the modifications are complete, the ship will also be able to carry an additional 40 twenty-foot sea containers. (Down form the 1,702)

The project name Davie Shipbuilding is using for this overhaul - Project Resolve, which has led to the nickname Resolve-Class AOR for the Asterix. It is currently only a temporary name, but I think HMCS Resolve has a nice ring to it. 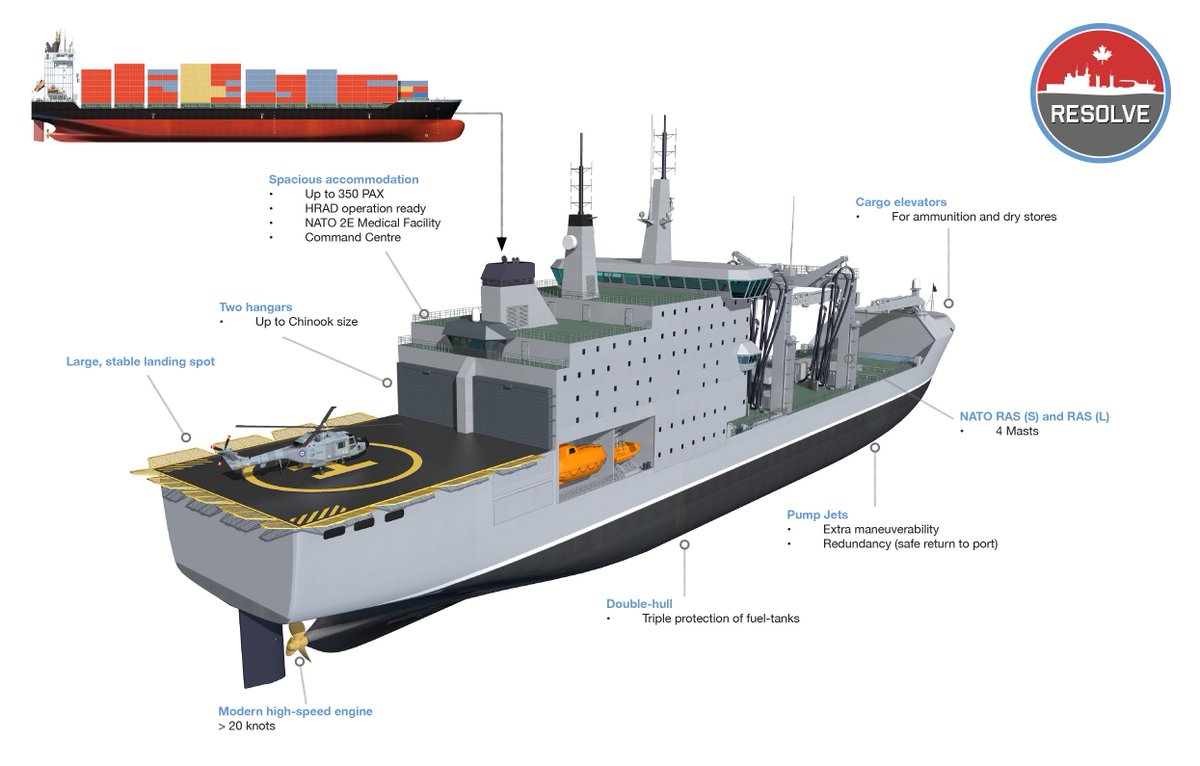 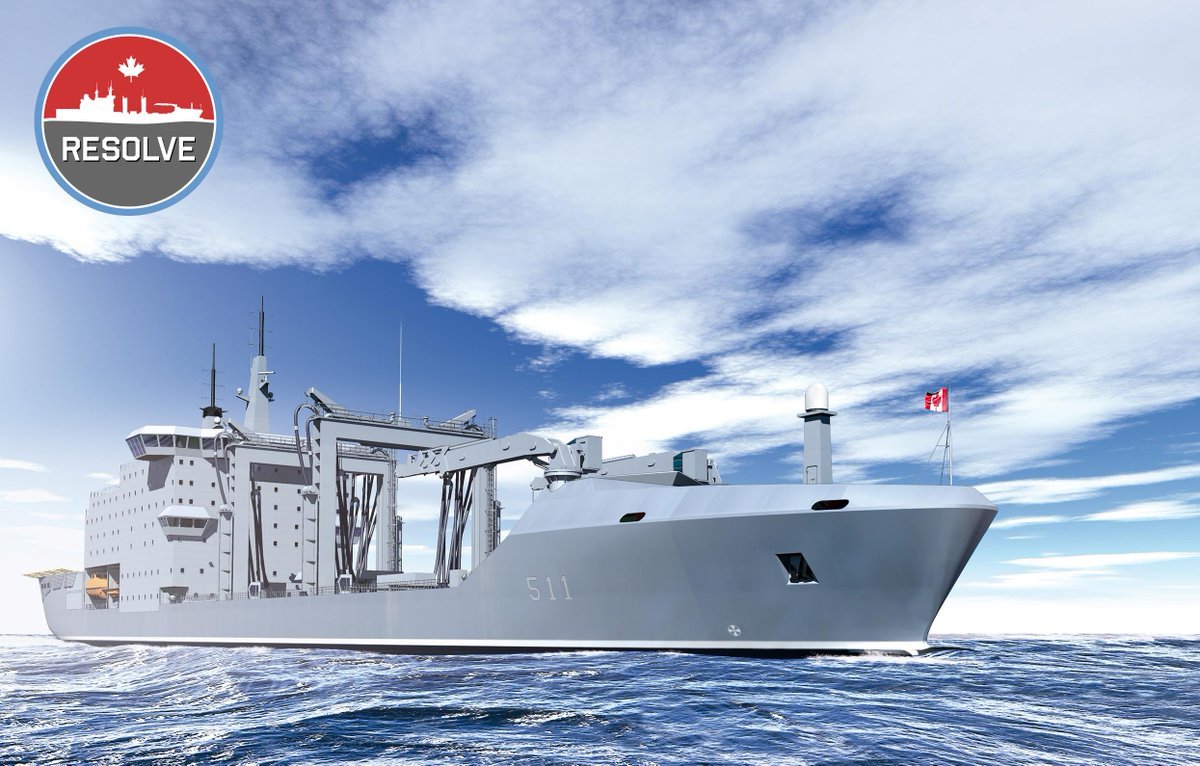