RCNs Arctic Patrol Ships to be armed with MK-38's

It was announced that Irving Shipbuilding has awarded the defence contract for Canada's Arctic Offshore Patrol Ships (AOPS) to BAE Systems for the ships self-defence purposes.

BAE will provide up to 6 modified 25mm MK-38 Machine Gun Systems for the AOPS's. The contract stipulates the first gun systems will be delivered in 2017 (the same date as the first AOPS), and one system per year after until the end of the contract - again the same time table as the remaining AOPS. 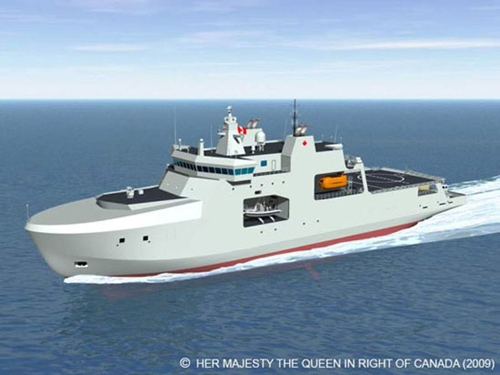