NORAD Struggles for Relevance after 60 Years

By: Andrea Charron The Conversation
Associate Professor and Director of the Centre for Defence and Security Studies, University of Manitoba

On May 12, 1958, the United States and Canada, recognizing that it made more sense to defend the airspace of North America together rather than separately, signed the first NORAD agreement.

This mutual defence logic, which drove the joint defence of North America following more than a decade of bilateral air defence, made infinite sense during the Cold War, when both states were threatened by the Soviet Union and its bear bombers and intercontinental ballistic missiles.

As the world has changed, however, so have the threats facing North America, including threats emanating from within the continent that resulted in the Sept. 11, 2001 terrorist attacks, requiring NORAD to adapt.

Canada and the United States have been “partners in defence” in NORAD since the beginning. Indeed, the agreement requires that the NORAD commander be chosen from one country and the deputy commander from the other.

The NORAD commander, currently Lori J. Robinson, has always been American; the deputy commander, currently Pierre St-Amand, has always been Canadian by convention, but Canada must agree to the U.S. choice of commander before the nomination is sent to the U.S. Senate for approval.
This speaks to the truly remarkable nature of the binational agreement. NORAD is charged with the combined defence of both the U.S. and Canada, and the commander of NORAD is responsible to the highest levels of both governments via the Secretary of Defense and the President on the American side, and to the Minister of Defence and the Prime Minister in Canada.
Canadian in charge on 9/11

A Canadian, however, may find himself or herself responsible for the air defence of both states during a crisis, as was the case when then Maj.-Gen. Eric “Rick” Findley of the Royal Canadian Air Force was on watch as director of operations on 9/11, overseeing both Canadian and U.S. personnel at NORAD’s Cheyenne Mountain Operations Center.

The Canadian contribution also includes its NORAD regional headquarters based in Winnipeg, the maintenance of the North Warning System in the Arctic that provides vital aerospace surveillance information, data on maritime activity approaching North America and fighter jets to intercept potential threats.

Canada’s smaller military force, including approximately 150 personnel at NORAD headquarters in Colorado Springs, contributes a lot to NORAD. But that contribution isn’t well known, nor is the importance of NORAD to both countries fully appreciated.

NORAD today is largely out of sight and out of mind, best known as the organization that “tracks Santa.” 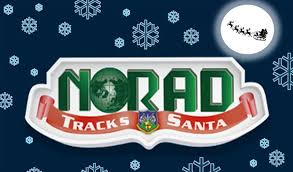 The organization, however, has evolved, adapted and modernized, providing aid to drug interdiction missions in the 1980s and adding a maritime warning mission in 2006 to its aerospace warning and control missions.

Both the U.S. and Canada reflexively point to NORAD as proof of excellent relations between the two countries. And yet, few outside NORAD grasp the significant changes that have taken place and will need to be made in the very near future if NORAD is to continue to “deter, detect and defeat” threats to North America.
Questions and the need to adapt

First, threats can originate from multiple domains: Air, sea, cyberspace, aerospace, land and space to threaten North America. Does a command with responsibility in only three of the domains —air, aerospace and maritime — still make sense?

Second, is NORAD currently organized optimally to react to threats? Does it make sense for the commander of NORAD to be involved in operational-level decisions (for example, allocation of NORAD aircraft to specific regions) or should the Commander and her team focus their attention on broader strategic implications and how NORAD coordinates with allies and other combatant commands?

Third, does NORAD have the right information at the right time to make decisions? Given that a vital source of such information comes from an aged North Warning System about to reach its end of life, what could replace it, with what capabilities and at what cost?

And finally, what might be the future of NORAD in another 60 years’ time? Will Mexico be invited to join? Will Greenland play a greater role? Might NORAD become a multi-domain, multi-partner, multi-mission North American defense command, dropping reference to “aerospace” altogether?

No organization is more focused on all of these questions than NORAD itself, but what about the Canadian and U.S. governments and Canadian and American citizens and stakeholders?

On NORAD’s 60th birthday, a good start to looking ahead would be to pause and consider the contributions, challenges and failures of the command and reflect on its six decades of adaptation.

Anniversary celebrations will be held in Colorado Springs on May 12 and in Winnipeg on May 24.

And if you look to the sky in those cities, you may see a reminder of NORAD and its constant watch over North America with a fighter jet flyby. Such an important binational agreement, coupled with potentially significant changes in the future, merits all of our attention.